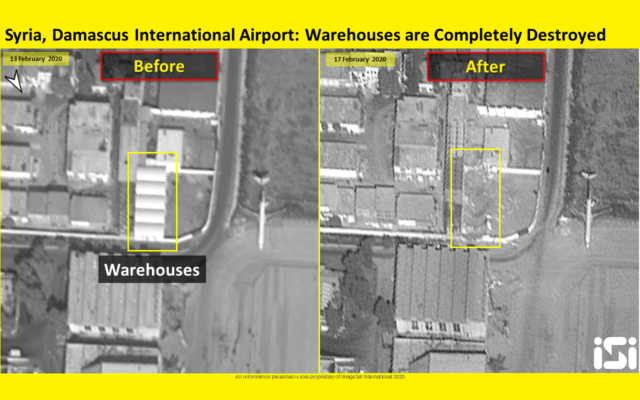 The photographs, released by the private satellite imagery analysis firm ImageSat, showed that several warehouses, apparently used to store weapons that were flown into Syria from Iran, were destroyed in the strikes along with multiple buildings used as headquarters for the operations at the site.

In addition, a hangar was damaged in the attack, which Syria blamed on Israel. ImageSat said the shelter was “probably used for storing ammunition or [surface-to-air missiles].” 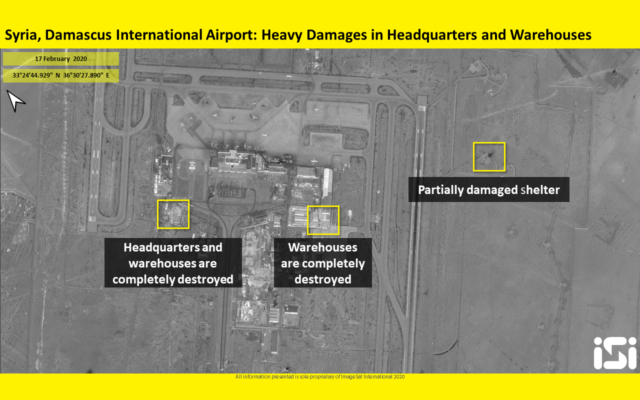 The attack came hours after a shipment — reportedly of munitions — arrived at the airport from Tehran, according to flight data.

Four members of Iran’s Islamic Revolutionary Guard Corps and three Syrian soldiers were killed in the strikes, according to a Britain-based Syrian Observatory for Human Rights war monitor.

Both Syria and the Observatory said Israel was behind the strike. The Israeli military did not comment on the matter, in accordance with its long-standing policy of neither confirming nor denying such operations abroad.

The late-night strikes came just over a week after a series of strikes on several targets near Damascus reportedly killed 23 pro-Iranian fighters.

The Israel Defense Forces did not acknowledge carrying out the strikes, but Syrian state media blamed Israel, and days later Defense Minister Naftali Bennett seemingly took credit for it, saying Israel had carried out an attack against Iran in the previous week and noting: “Foreign media reported this week that 23 Syrians and Iranians were killed there. Those are large numbers and we will do more and more.” 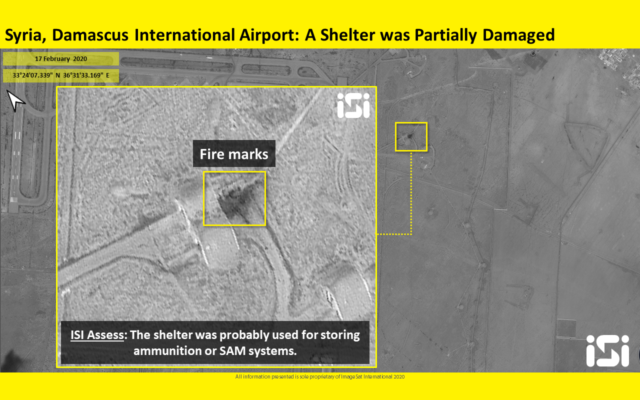